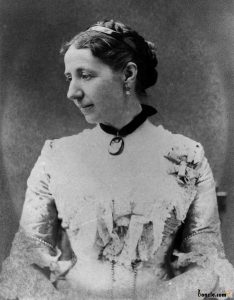 The Lady Musgrave Trust (Trust) is one of Queensland’s oldest charities and was founded in 1885.

From 1885 this dedicated group of people strived to provide safe and secure accommodation for immigrant women. A particular goal was to assist servant girls who had been discharged by their employers and had no other residence and minimal skill to sustain a good future. Initially the young women were trained in duties such as cooking and nursing. This vital education gave the young women skills that in turn provided them with opportunities for a better life.

Lady Jeanie Lucinda Musgrave chaired the first meeting and was elected Patron, and the subsequent new Lodge was named in her honour. The Lady Musgrave Lodge was established in 1891 at Spring Hill, through which more training opportunities emerged and the Lodge also provided safe accommodation for these young women in need.

In 1972 the Lodge was closed and the property sold and the Trust went on to purchase accommodation units in 1998 (Nundah), 2003 (Windsor) and 2015 (Kelvin Grove). The Windsor property has since been sold.

During this 135 years of service, the Trust has assisted more than 10,000 young women and their children. 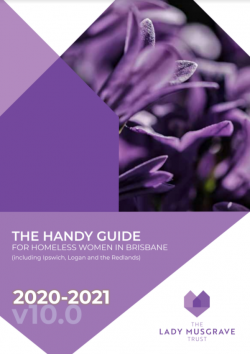